(Zerohedge) – A scheme run by a so-called ‘ballot harvesters’ in Rep. Ilhan Omar’s Minneapolis district was uncovered in a shocking expos by Project Veritas . In one segment, alleged ballot harvester Liban Mohamed – the brother of Minneapolis city council member Jamal Osman, can be seen sifting through piles of ballots in his car in videos posted to his own snapchat channel under the name “KingLiban1.”

“Money is the king in everything”; harvester boasts harvesting HUNDREDS of 2020 absentee ballots ILLEGALLY! “Numbers do not lie…these here are all absentee ballots…my car is full…”#BallotHarvesting pic.twitter.com/cB2Bz31mSY

Attorney Jeff Wojciechowski of Hennepin County told Project Veritas that the ballot harvesting described in the video appears “illegal, and we will be investigating.” 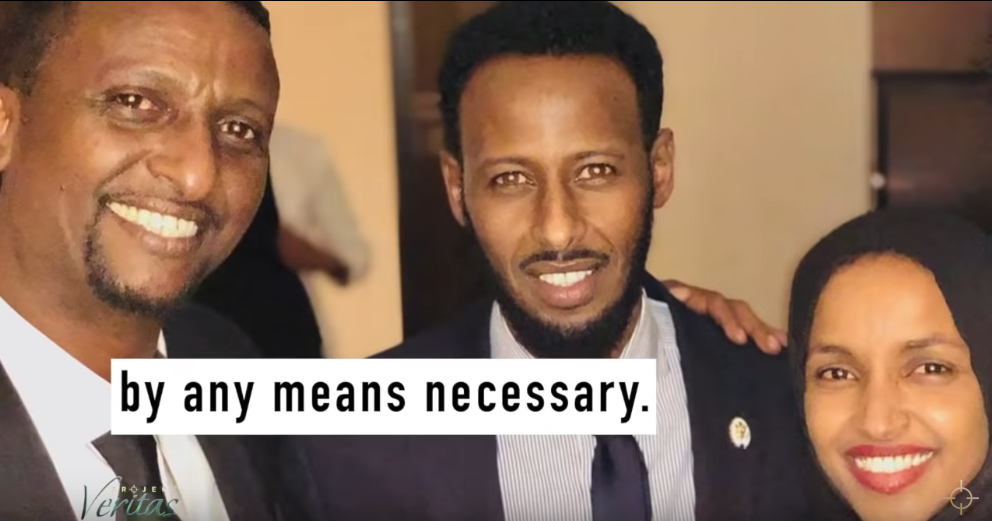 According to Veritas , ” Mohamed said he was collecting the ballots to help his brother win the city’s Aug. 11 special election for a vacant Ward 6 city council race -which was held the same day as the primary for Omar’s MN-05 congressional seat. Ward 6 is the heart of the city’s Somali community and the Omar’s political base.”

Our investigation found that among three locations inside Ward 6, a ballot harvesting triangle, where the scheme operates: the Riverside Plaza apartments , the senior citizen community at Horn Towers and the Minneapolis Elections and Voter Services office at 980 E. Hennepin Ave., which also functions as a voting location and ballot drop-off site.

Mohamed continued: “Money is everything. Money is the king in this world. If you got no money, you should not be here period. You know what I am saying.” – Project Veritas

The scheme was uncovered by Omar Jamal, chairman of the Somali Watchdog Group. Jamal works with the Ramsey County Sheriff’s Department and is a political insider who is active within the city’s Somali community.

“I have been involved in the community for the last 20 years,” he said.

Jamal said he was motivated to reach out to Project Veritas, because he wants to eliminate the corruption that weakens his community, such as the ballot harvesting practiced by Minnesota’s Democratic-Farmer-Labor Party, in which Ilhan Omar has emerged as a rising power broker .

” It’s an open secret ,” he said. ” she [Omar] will do anything that she can do to get elected and she has hundreds of people on the streets doing that. ”

The political insider said he hopes there is still time to clean up elections in the country.

“There’s a lot of people invested in this, you know, and they don’t care how they did it: ‘We win,’ and that’s it.”

This is totally illegal. Hope that the U.S. Attorney in Minnesota has this, and other of her many misdeeds, under serious review??? If not, why not??? We will win Minnesota because of her, and law enforcement. Saved Minneapolis & Iron O Range! https://t.co/yete31P680

Jamal interviewed a Somali-American ballot harvester as part of his participation in the Veritas investigation. The harvester told him how he was paid to vote in the August 11 special election and primary – and that Somali-American vote-buying operatives from the Omar machine came to his apartment building to make sure ballots were ‘correctly’ filled out – often doing it themselves.

“They come to us. They came to our homes. They said: ‘This year, you will vote for Ilhan,'” he said. “They said: ‘We will make the absentee ballots. We will fill out the forms for you and when you get them back, we will again fill it out and send it.”

Somali-Americans were told they don’t need to go to voting sites, because Omar operatives told him “You stay home and you will not go to the place.”

After the ballots are signed and documented the harvester said he got paid .

“When we sign the voting document and they fill it out is when they give us the money,” he said. “The minute we signed the thing [ballot] for the election. That’s when we get paid.”

Read the rest of the report here and watch the entire video below: