(Zerohedge) – A modern-day ‘Hooverville’ has been constructed in St. Louis, Missouri, consists of dozens of people who have been left behind in the ‘K-shaped’ recovery.

The tiny house village, a temporary housing program erected by the city, is located off Jefferson Avenue just north of downtown. The shanty village built during the pandemic depression is for the homeless.

The village was constructed with about $600k from the federal CARES Act and has a 29-month lease on the property.

‘There are single and double homes. They have heating and AC, plus a bed and desk. The property offers showers, restrooms, laundry, three meals a day and 24-hour access to caseworkers. The heat is the biggest thing for many of the residents as the temperatures drop,’ said local news KMOV . 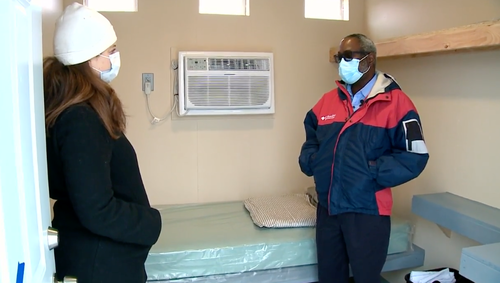 Amy Bickford, the program director for the city’s homeless services, said at any given time, there are ‘200-500 people on the streets.’ That number increases as the pandemic recession have resulted in steep job loss in the metro area.

A storm is gathering as an eviction crisis materializes . Even though there’s a federal moratorium on evictions – tens of thousands of folks in the city are unemployed and face imminent eviction because of missed rent payments.

This means when courts open up – homelessness in the area could explode, thus increasing the need to expand the tiny home village for first-time homeless.

KMOV interviewed one resident of the tiny home village who said he is ‘thankful for a roof over his head even if it’s just a few square feet.’

Lloyd Covington III said, ‘It’s very heartwarming. I understand what it feels like to be a big kid now.’

At the moment, 50 people live in the village.

KMOV spoke with Andy, who he and his wife recently moved into one of the tiny homes. They’ve been homeless for six months. ‘It’d be horrible to be out on the street on a day like this,’ he said. 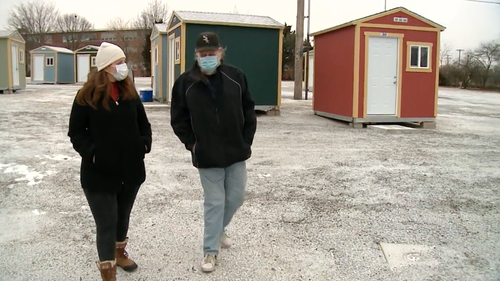 ‘I got sick, had a bad infection in my leg, lost my job and a kind of snow ball effect from there,’ he said.

We noted days ago working-poor Americans are downsizing their lives and are living simply as the pandemic downturn has crushed their ability to afford rent and food .

In reality, the federal government and Federal Reserve’s rescue packages created a ‘K-shaped’ recovery where only the wealthy, or perhaps the top 10% of Americans, were unaffected. Meanwhile, the bottom 90% were given lousy stimulus checks as they battle with housing and food insecurities.

In short, these tiny home villages for the homeless, which closely resemble Hoovervilles from the 1930’s Great Depression, are set to spring up across other major metro areas as more than ten million people remain out of work. Once the eviction moratoriums are lifted, a flood of people will become homeless. They will have no other choice to seek but these temporary housing villages as homeless shelters are full.

Do these villages need a name – maybe ‘Bidenvilles’?