Major League Baseball has announced that it is playing the 2021 All-Star Game in Denver, Colo. instead of Atlanta, Georgia.

The Colorado Rockies will host the 2021 MLB All-Star Game after the decision to move the event from Atlanta over Georgia’s restrictive voting law, according to multiple reports.

ESPN and Altitude TV reported the game was going to be moved to Coors Field in Denver on July 13. Neither the Rockies nor MLB immediately responded to Fox News’ request for comment.

The politics can’t be lost here, since MLB made a political decision to side with Joe Biden and the left’s lies regarding Georgia’s new election law.

Georgia is a red state; Colorado has shifted blue in recent years.

MLB has rewarded a blue state after criticizing a red state over a voting law that’s less restrictive than some blue states including Delaware so pro baseball is now a blue sport.

Atlanta is a black-majority city , with 51% of its population black .

Denver is one of America’s whitest major cities ; just over 9% of Denver is black . More than 76% of it is white. 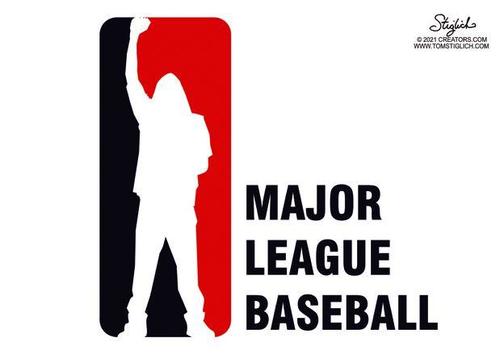 MLB’s decision has cost many of Atlanta’s black residents their jobs and income on game night; their loss is Denver’s gain.

A Georgia tourism industry official has said the ‘estimated lost economic impact’ of the MLB’s decision to move its All-Star Game from Atlanta is more than $100 million.

Colorado Gov. Jared Polis (D) said in a statement issued to Axios he’s ‘excited and hopeful’ at the prospect of the MLB choosing to play the game in Denver.

‘It would be good for baseball and good for Colorado,’ he added.

Election laws between Colorado and Georgia after the new law are comparable but Colorado’s are arguably more open to various kinds of fraud.

Colorado requires signature verification . But Colorado does not require photo voter ID; it does require non-photo ID to vote though. It’s in the majority of states on that (34 require some form of voter ID); voter ID enjoys overwhelming support across all American populations supporting photo voter ID. Presumably, MLB will not require photo ID to pick up tickets at the will call window for the game at Coors Field. To require photo ID there or even to buy a Coors at Coors Field would be hypocritical.

Colorado does not require proof of U.S. citizenship before voting according to Ballotpedia. Student ID is valid to vote in Colorado. Georgia has battled federal courts over the issue of requiring proof of citizenship to vote over the past few years.

Another major difference between the two states concerns mail-in ballots. Colorado mails them out automatically; Georgia does not. Georgia is in the majority there too; prior to COVID just six states (all but one, blue) allowed mail-in ballots. Presumably MLB will demand for all 50 states to allow mail-in ballots now (as opposed to absentee, which is not the same thing). 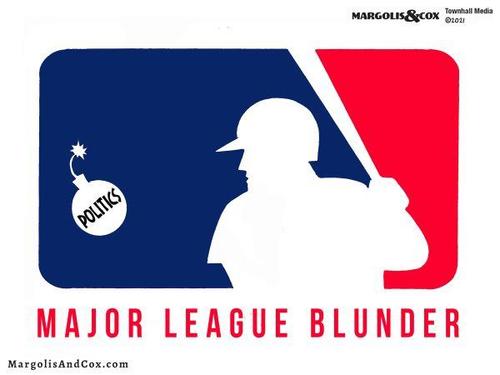 Since MLB is political and now advocates exclusively for Democrat preferences, it should register as a lobbying organization and have its anti-trust protections revoked.

That will only happen if Republicans recapture Congress, so MLB will presumably lobby to oppose that too, and punish red states while rewarding blue states accordingly.

Meanwhile MLB will continue doing business in China and Cuba, two of the world’s most notorious communist dictatorships. China is credibly accused of genocide by its Han majority against its Uighur minority. MLB is silent regarding this systemic racism in China.