US B-2 Bomber Caught Mid-Flight On Google Earth

US B-2 Bomber Caught Mid-Flight On Google Earth

(Zerohedge) – A Redditor has revealed a Google maps image that shows a Northrop Grumman B-2 Spirit stealth bomber mid-flight over farm fields in the US Midwest.

The image was recently published on Reddit and had more than 111 thousand upvotes.

Thousands of Redditors commented on the image. Some said the $2 billion price tag per bomber is outrages considering it can’t hide from Google Earth.

The three-decade-old bomber maintains an impressive lethal record. We were able to pinpoint where the bomber was caught on satellite footage near Whiteman Air Force Base (current home of the B-2 fleet). 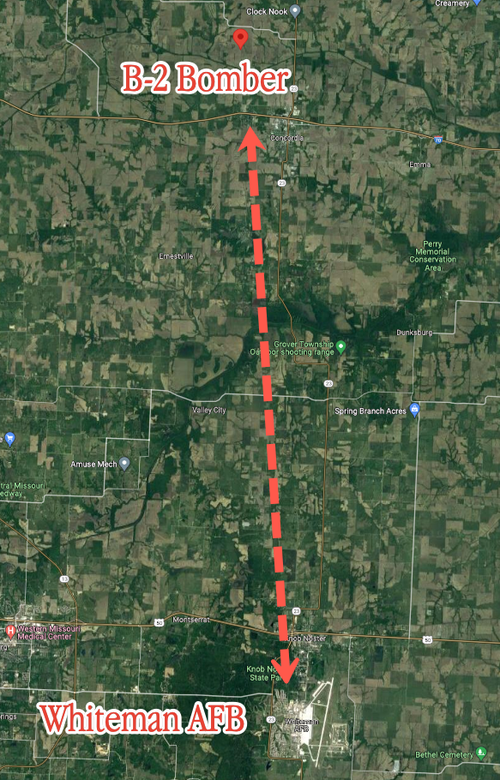 Here’s what some Redditors had to say about the B-2 in action.

ZebrasFuckedMyWife said, ‘Not so stealthy now, are ya?’

‘That stealth tech is overrated. I can totally see it,’ another user said.

Netizens and air observers should be on the lookout for the B-21 Raider , a new long-range stealth bomber that is expected to debut in early 2022 and replace the B-2.